2018! A bit of a stupid year in many ways but Paper Jam did some good stuff.

We released two anthologies! Weird Romance ...And That and Super Spooky Scary Stories ...And That. Full of quality! 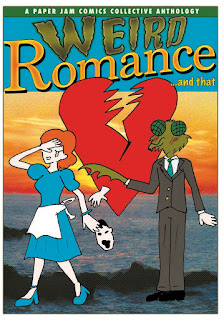 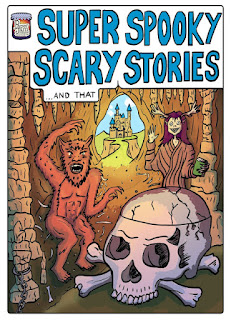 Sadly, long time Paperjammer and general small press comics legend Terry Wiley died this year. Weird Romance was the last of our anthologies to benefit from a contribution from him.

Terry enriched the group and our comics over the years, and if you'd like to read some of our older anthologies, featuring work from Terry and many many other Paperjammers past and present, we've made several of our out-of-print anthologies available to read free on t'internet. Now including our all-time bestseller, Newcastle ...And That.

Paul invented a Lego robot that draws randomised comics page panel layouts (became an instant favourite with young 'uns at events it was exhibited at).


Connected to that, we won an award! Us! An award! It was a prestigious 'Maker of Merit' ribbon at the Maker Faire: 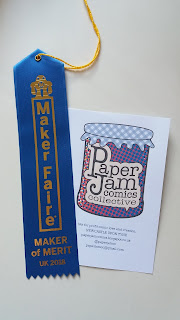 Mike ran an arts residency in the Grainger Market for most of the latter half of the year, organising all kinds of exciting projects - including a 12-hour comic challenge that several of us took part in.

Thanks to everyone who stopped by to chat, do some drawing, buy some of our dumb comics; you're fabulous.


2018 was also the first full year that Paper Jam has been based at Bar Loco. It has proved to be just the home we were looking for when we moved from Travelling Man. 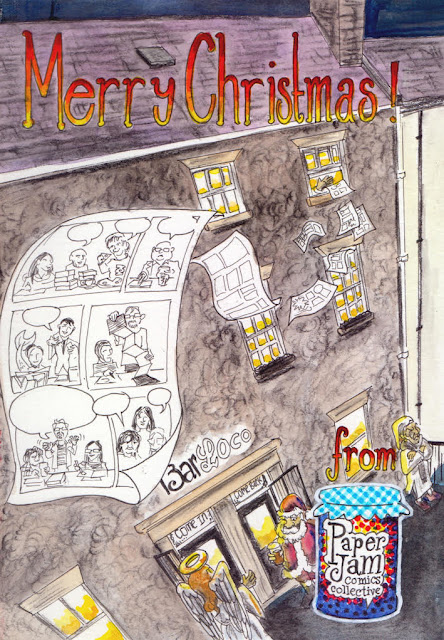 If you're interested in getting involved, meeting artists, contributing to anthologies (artistic finesse non-essential) then come and say hi: every second Thursday of each month, Bar Loco, top floor, from 6.30. First meeting: 10th January!
Posted by PJCC HQ at 9:37 AM No comments: