Super Spooky Scary Stories ...And That

It's the spookiest time of the year and Paper Jam is back with its spookiest ever comic (well at least since we did Halloween ...And That waaaay back as our second anthology). 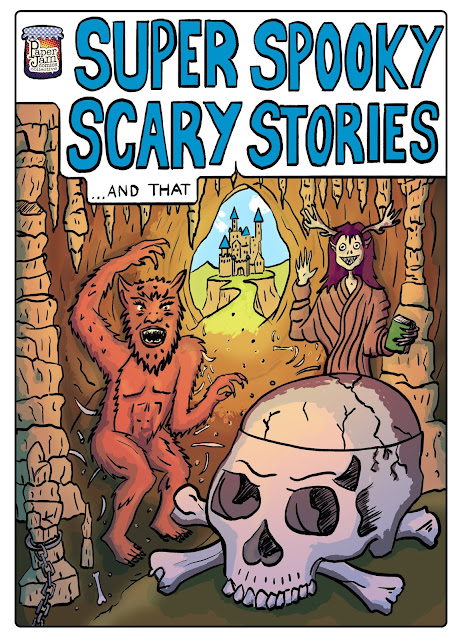 Super Spooky Scary Stories ...And That is our seventeenth anthology and it's a cavalcade of spookiness, monsters and mild terrifyingness (nothing too horrific - it's suitable for kids).

Plus, in classic EC comics style, we have hosts for this one - the mysterious fortune teller Ms Fortune, along with her cat and crystal ball, introduces these spine-tingling tales of terror and silliness.

AND we're having a launch party! Eeee, it's been ages since we've had a proper launch party, but the opportunity to have Halloween party launch seemed too fun to pass up. 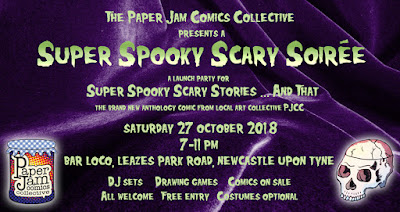 First chance to get your mitts on the new comic (should you wish)! - a mere three quid.

The Creature From The Funk Lagoon's Discotheque of Doooom! - The Creature, Count Funkula and The Texas Funk Soul Massacre will be DJing an eclectic soundtrack of suitably spooky-themed choons all evening, from rotten rock 'n' roll to horrifying hip hop and beyond.