Oh what's this then? 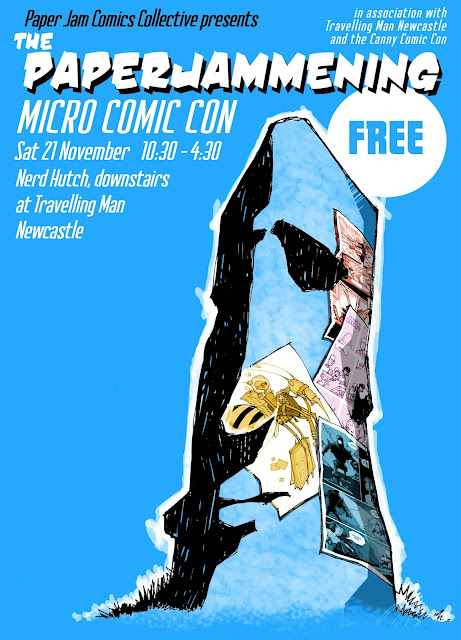 Yes! It is a free micro comic con happening on 21st November, downstairs at Travelling Man, featuring the fine works of the Paper Jam Comics Collective!

And it will see the release of the twelfth PJCC 'And That' anthology - Happy ...And That, a lo-fi A6 papery lump of joy about things that Paperjammers like. 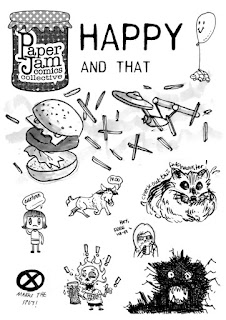 Twenty four pages for just £1 - what a bargain!

As well as their stalls, there'll be a bunch of collaborative doodling games running - no artistic skill required, just turn up and get stuck in! Plus comic-themed 'just a minute' blathering and who knows what else.

Posted by Oscillating Brow at 10:16 AM No comments: 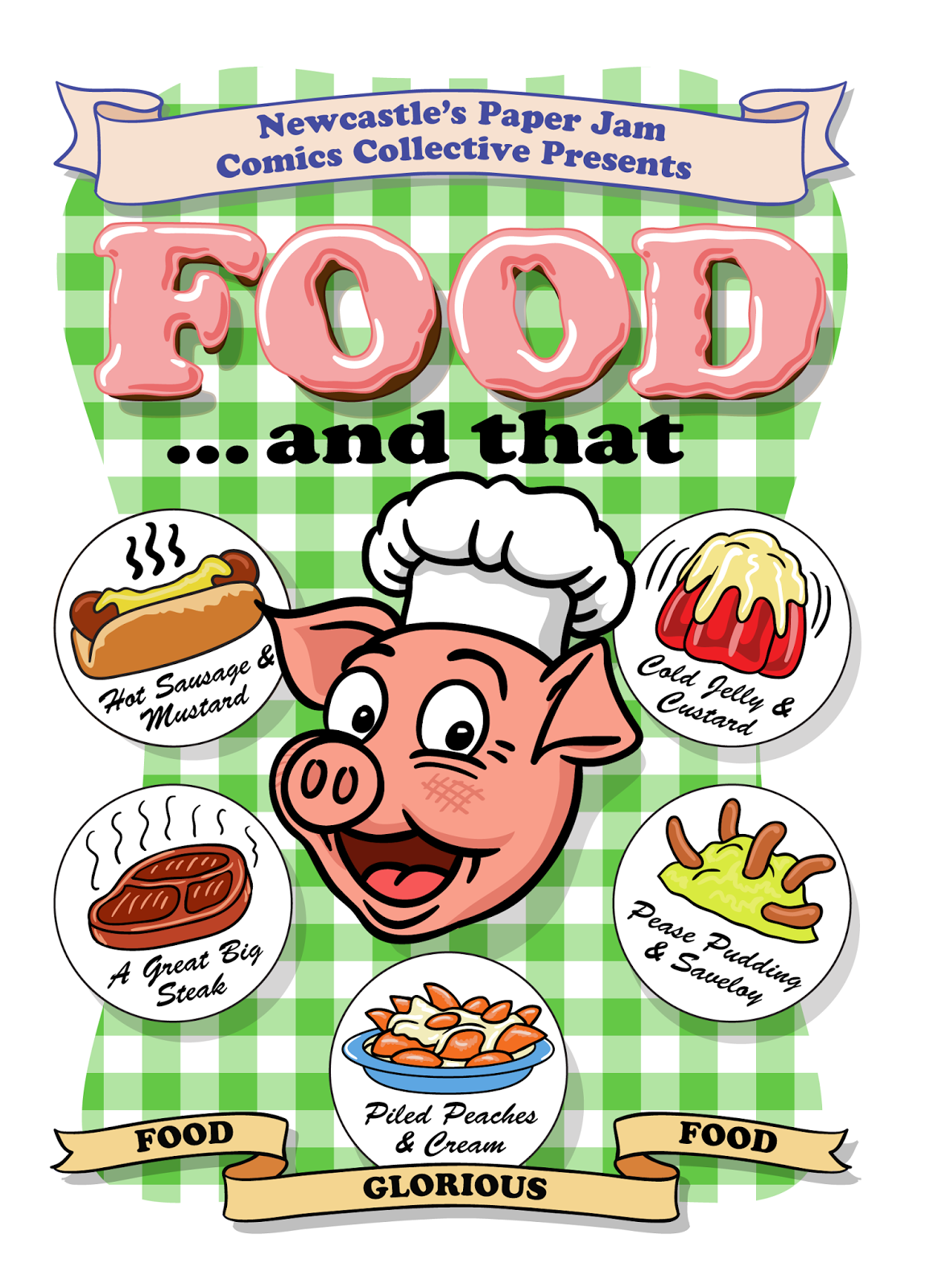 It'll be launched at this fine event, happening on Saturday: 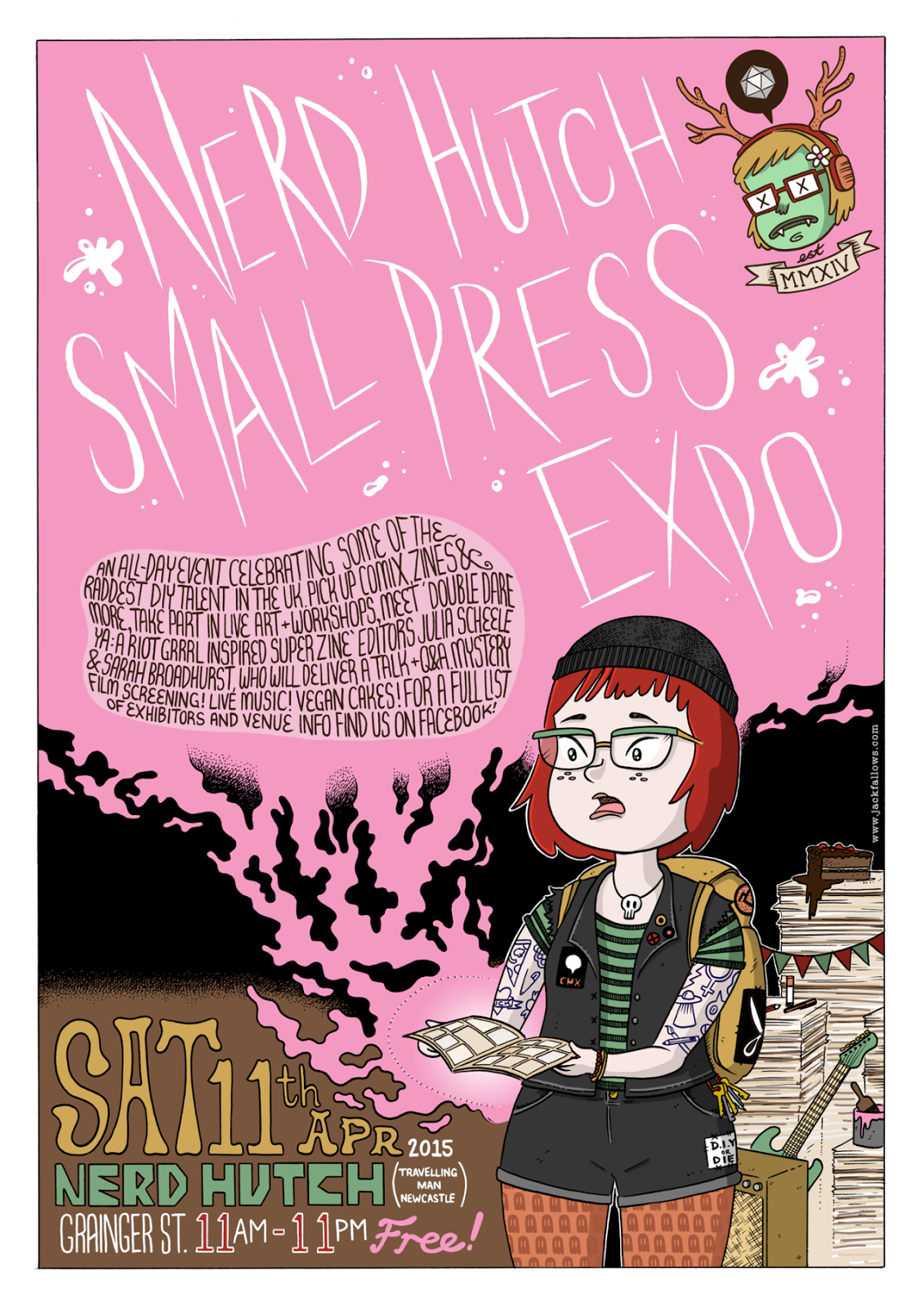 Where PJCC will be in full effect, along with all that other super exciting comics/zines/talks/film screening/bands/vegan cake action!

Subsequently, Food ...And That will be available from Travelling Man Newcastle's small press section.

Posted by Oscillating Brow at 10:11 AM No comments:

Paper Jam's spiritual home, the basement of Travelling Man Newcastle, is now a fab multi-purpose art/music venue known as Nerd Hutch. Also: a couple of weeks isn't a lot of time to get much comic-making done. Result: PJCC's 2nd and 4th Thursday meeting were getting difficult to timetable amongst gigs and were hard for jammers to commit to attending consistently.

SOLUTION:
Starting in April, the Paper Jam Comics Collective will meet monthly on the 2nd Thursday of each month - still at 6.30pm and still at the Nerd Hutch at Travelling Man.

The March meetings are just a bit of shuffling around until we get to that point:

March 12th: there's a gig in Nerd Hutch, so as a one-off Paper Jam will meet across the road at Geek Retreat (then maybe even go to the gig).

March 26th: meeting as normal (except this is the last 'official' fourth Thursday of a month).

And yeah, occasionally there may be other events or fourth Thursday drink-n-draws, or whatever, but those are the core dates, those are dates when maybe stuff will get done, you can get a good chat, do a 24-minute comic, show off your latest publication, talk about upcoming events, etcetera. That's the plan, anyway.

Breaking news! The Paper Jam Comics Collective will be representing at the inaugural Sunderland Comic Con this weekend - 21st/22nd February.

We might even have copies, hot off the press, of our latest food-themed anthology..........
Posted by Oscillating Brow at 10:25 AM No comments: