"Art...And That" Launch - The Aftermath 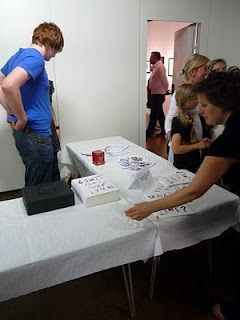 (Jack ably managing the stall)
A little late, I know, but here is a rundown of the recent launch of our newest anthology Art...And That.  The outside-funded anthology marked a new way of us producing work and the launch party followed suit, taking us away from the pub and into the art gallery, exposing our work to a new clientele.
And so, a few Fridays back, the majority of the PJCC camped off to the DLI Museum & Art Gallery in Durham, where the exhibition What Are You Like? was officially opened and previewed to invited guests. 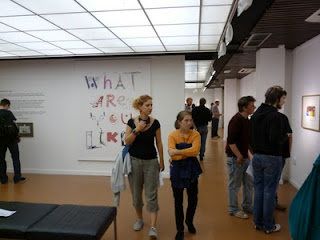 Complimenting this was, of course, the release of our specially-commissioned anthology, as well as the unveiling of exhibitions by the local illustration group Set Of Drawers... 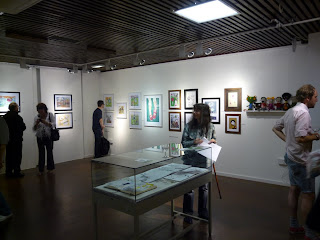 (Set Of Drawers)
...and a temporary base for collection of the Salford Zine Library (which amongst its works features titles by PJCC members Jack Fallows and Andy Waugh). 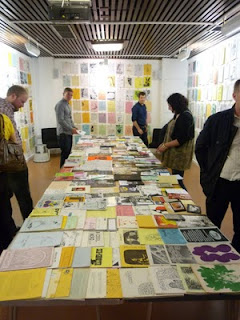 (the Salford Zine Library)
Amongst all the wine, networking and sophisticated art appreciating, there was also a large-scale group game of Pictionary - appallingly attempted by nominated PJCC representative Andy.  After this, the evening's entertainment relocated to Empty Shop HQ for a special exhibition by their in-house artist group The Freebirds, poetry readings and an interactive exhibition by the touring Beermat Show. 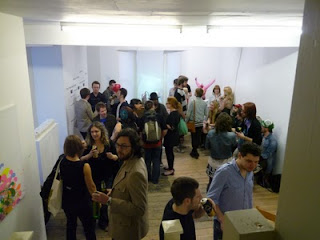 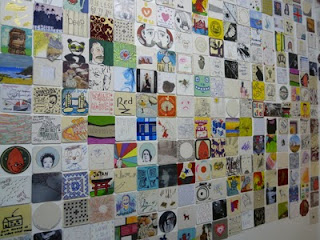 All in all a cracking night.  It was truly an honour and a privilege to be featured alongside such talented folks.  A big thanks goes to the DLI for having us and our friends at Empty Shop for funding the anthology.  The exhibition runs until the 5th of September and there are copies of Art...And That for sale there while stocks last.