Did you know it's Small Press Day on 9th July? Well, it is! What is it? Basically a good excuse for comic shops to run events highlighting small press comic creators. 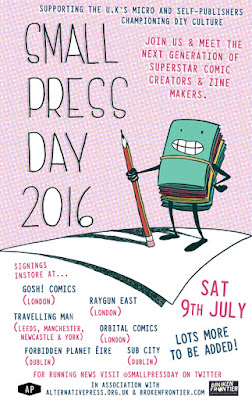 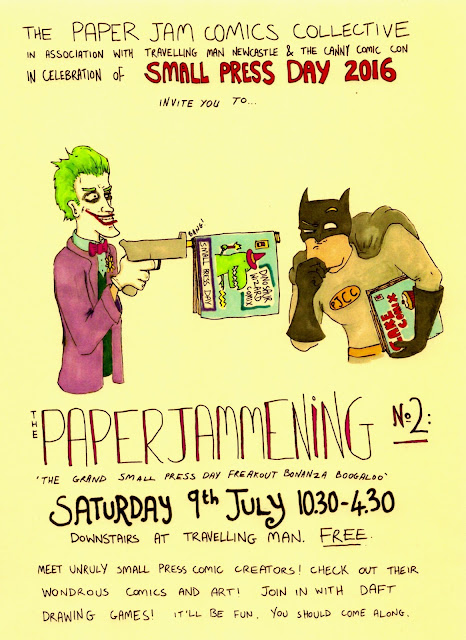 
UPDATE:
So who's gonna be downstairs at The Paperjammening No.2 at Travelling Man Newcastle on Small Press Day, Saturday 9th of July, with awesome comics and art for you? THESE WONDERFUL PEOPLE: 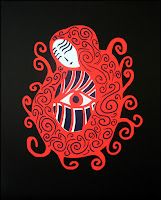 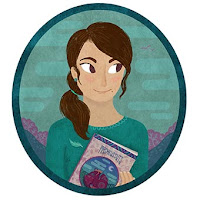 Emily Rose Lambert
Emily is a full time greetings card designer based in Newcastle. Along with weaving, needle felting and occasional blogging, she mostly spends her free time making comics which often feature elements of folklore, mythology, nature and pattern. She is one-third of the Big Brown Eyes Collective (formed with her sisters) who create collaborative comics and zines. Her work can be found in various anthologies and she has been named as one of '6 small press creators to watch in 2016' by Broken Frontier. More info about Emily Rose Lambert here, here and here. 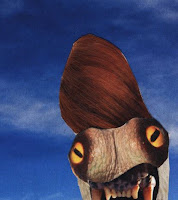 Oscillating Brow
Draws rather small comics like the Tales of Extraordinariness series (crime-solving vigilantes, TVs with moustaches, dance battles in space, heartache, demonic cake-baking, etc) and The Device. Will also be official representative for Alexi Conman & Terry Wiley's The Sloper Gradient (or: the story of the world's first sequential art superstar and a potted history of the birth of comics), and Analogue Press' music-themed Radio On anthologies (the second of which, Mr Brow contributed to). More info about Oscillating Brow here.

Al Summerscales
All the way from Shakey Wakey, Al is here to sell small comics about sad, dramatic people doing mundane things and other comics that try their best to break the Comedy Barrier. Likes long walks on the beach, fluffy hamsters, and losing at video games. All purchases come with a *FREE* handwritten note with my email address on. More info about Al Summerscales here. 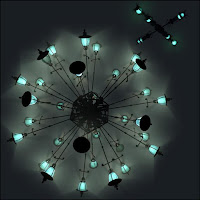 Paul Thompson
Paul writes, draws, edits and provides designs for a number of anthologies as well as occasionally producing his own comic Tales of the Hollow Earth. He was most recently seen curating and an exhibition and book of monsters called Invisible Beasts. More info about Paul Thompson here. 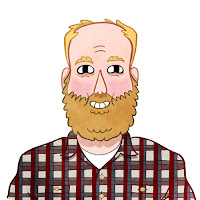 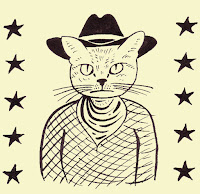 Other Paper Jam Comics Collective creators will be dropping in at various points too.

All day, there'll be art jams and collaborative drawing games running (and we want ALL of you, whether you draw like Rembrandt or can just about manage stick figures, to get stuck in).

And of course PJCC anthologies will be available for sale, including the latest: Making ...And That, with special deals and suchlike.